When Charles was 7 years old, he would tell everyone that he was going to build houses when he grew up. After 20 years as a professional violinist and rowing coach, he’s following his dream. Charles learned the magic of running a business from his parents and while running a $500,000/year non-profit. During this tenure he acted on a dream to renovate a circa 1700’s cape. It was there that Huthmaker Homes was born. Charles has a very patient wife, 3 step kids, 2 cats and a neurotic dog named Elvis at home. 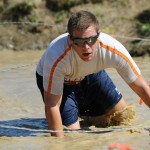 Rob and Charles met as colleagues in the world of rowing.  As coaches, they worked together for 3-4 years before Rob went to the “real world” to work in NYC.  About the time Huthmaker Homes recognized the need for expansion, Rob was getting jaded with the commuting drag to the big city.  Rob brings a young, fresh perspective to our team along with intelligence and 10 years as an EMT (always a good skill on a jobsite!).  Rob currently lives in Wilton in a 300 year old farmhouse where he has 3 chickens and keeps honeybees.